Julia Salnikova's journey into 3D design happened partly by fate but primarily by incredible skill in her medium. In fact, she never actually planned to work in 3D professionally – which is something she now refers to as "crazy", and we certainly agree.

Proving that the world (and hard work) always lead you on the right path eventually, the Moscow-born designer moved to London after school to study spatial and interior design at the University of Arts London. "At one point," she says, "I realised that I didn't want to design everyday spaces." Instead, fashion set design was the alternative choice for Julia, for it seemed the "perfect career path" due to its merging of all of her passions – that being fashion and spatial design. "I just loved the idea of creating unique narratives and working with designers."

Meanwhile, digital art started having its moment online, with 3D models and garments swarming the internet and social media – especially the gram. "I was so inspired by all the renders that I decided to dabble in it myself. At first, I was pretty horrible at it, but I just kept practising in my spare time, and later my renders became more fashion-oriented." She previously worked as a set designer, so once she became more elevated in her newfound discipline, she began building her own digital environments and pitched these alternatives to photographers she worked with. "It all just blew up from there," she adds, pointing out how she later replaced real models with digital versions. 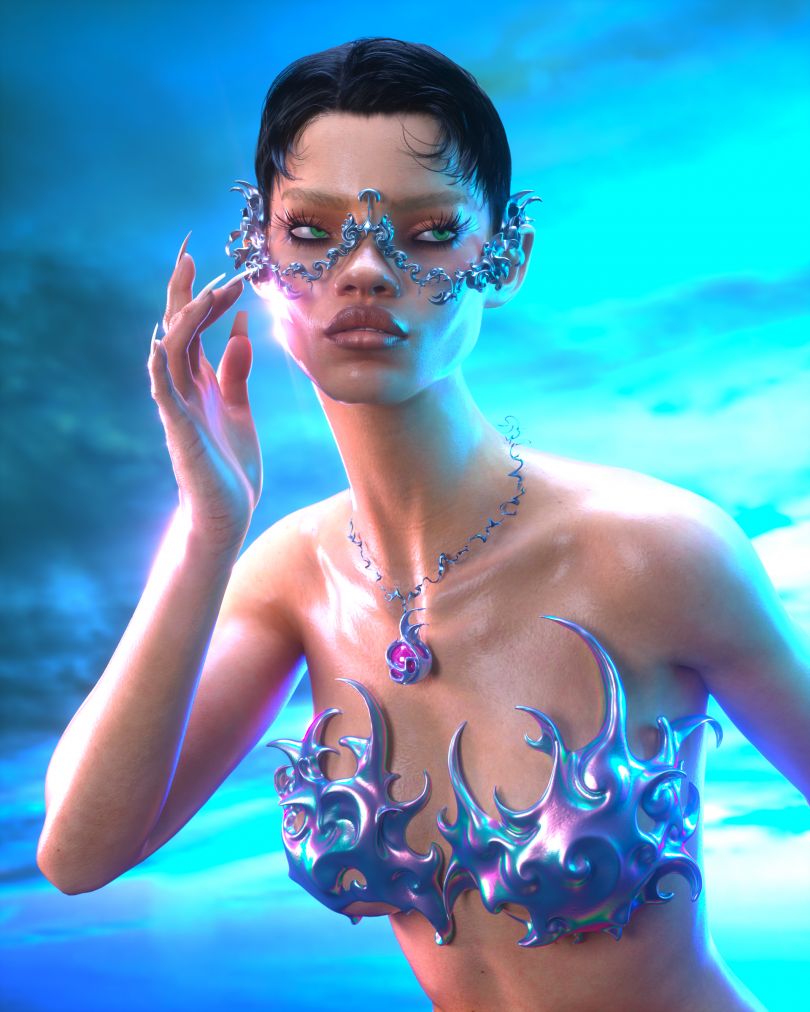 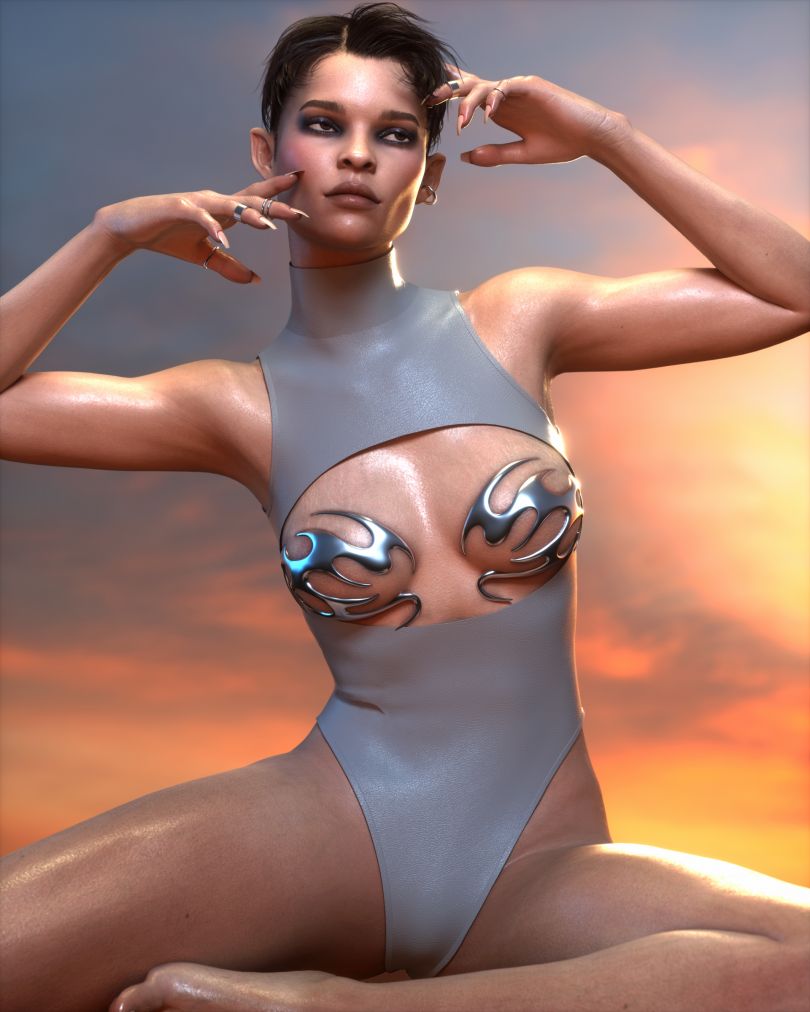 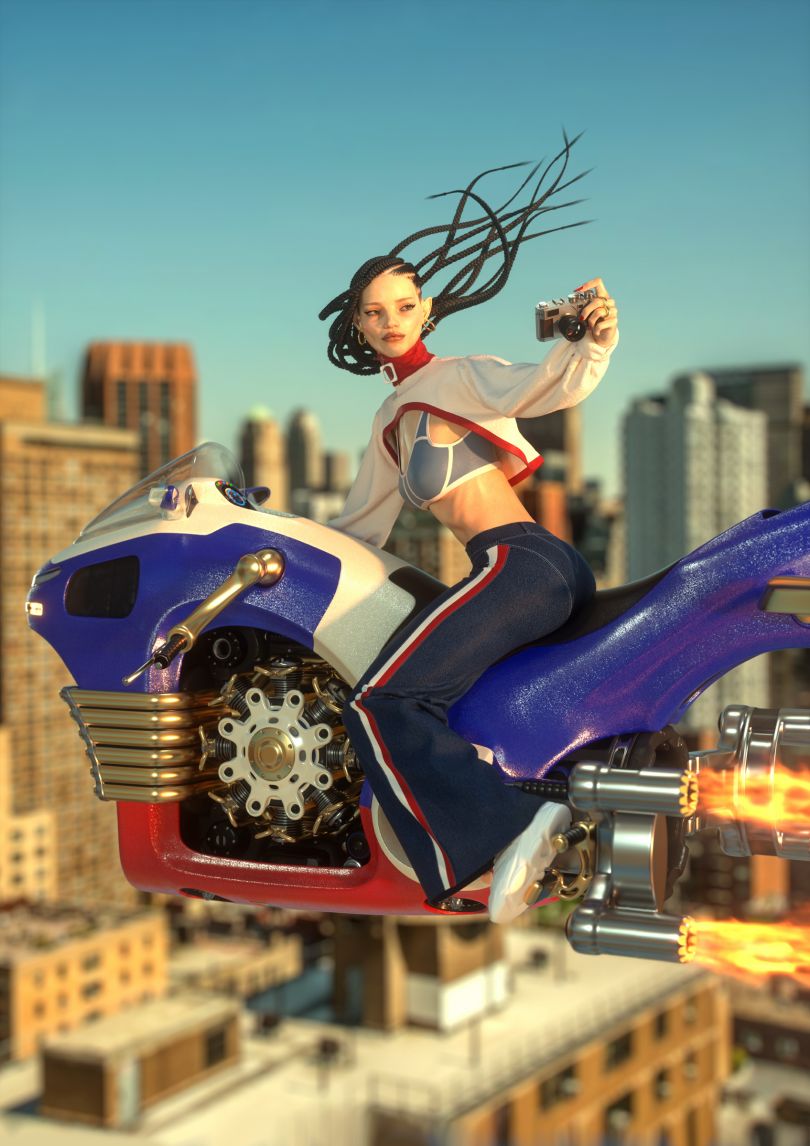 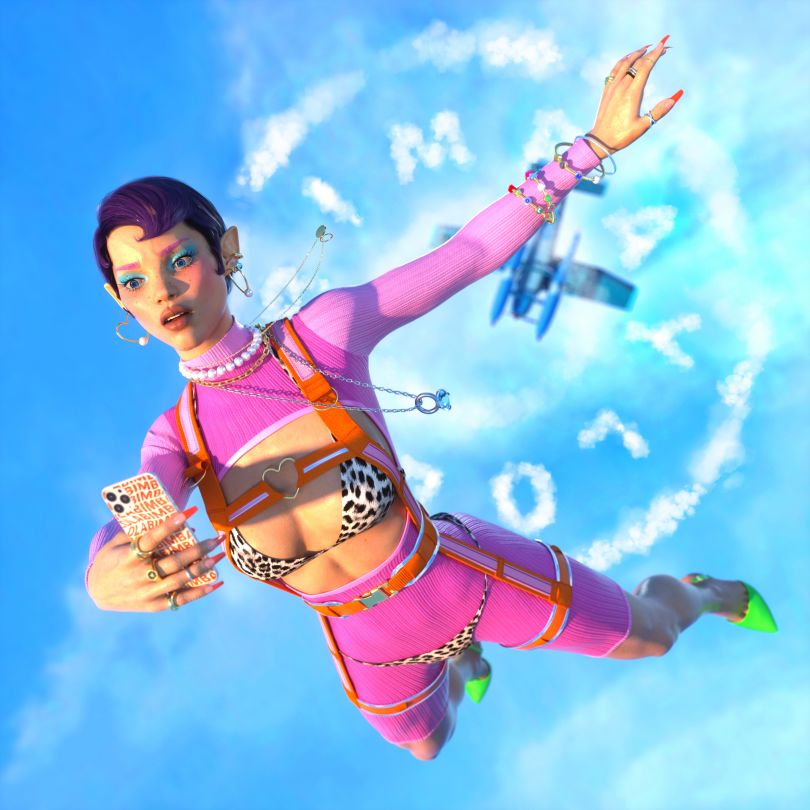 When making a render, Julia starts with a loose theme or concept that she's interested in – like a character flying out of an explosive ball of fire with their motorbike. "My avatars are always a starting point because this is something I build everything else around, and I need to be fully happy with each character to achieve an outcome I'd be satisfied with." So for the case of the exploding ball of fire piece, Julia would have first designed the person, outlining the body posture and expression. Next, she'll start detailing her luminous lime green heel and thigh-high sock combo, a meshed off-shoulder body suit and some trendy shades; the fingernails are painted to perfection, matching her red hair that's slicked back. Then, she'll work on the lighting before building the background and the garments, designing the compositions, and adding colours and finger details. "I kind of do this simultaneously and try different options until his blurry initial idea in my mind turns into a sharp image."

Most recently, Julia crafted a series of self-portraits that show her avatar posing in front of the digital camera – moody sunsets included. In the future, besides working on avatars, Julia has a couple of collaborations in the pipeline and hopes to bring elements from her work into the physical realm. "I am still figuring out how exactly this will happen, but I have always been interested in jewellery, so this is definitely one of my next creative endeavours." 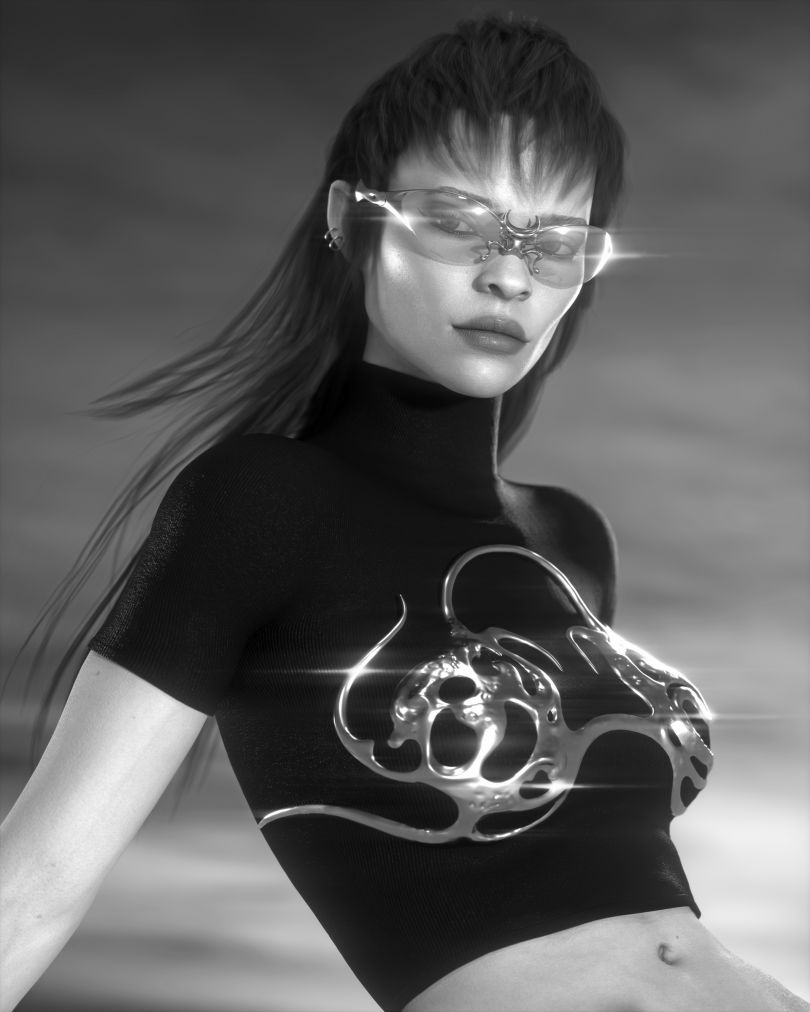 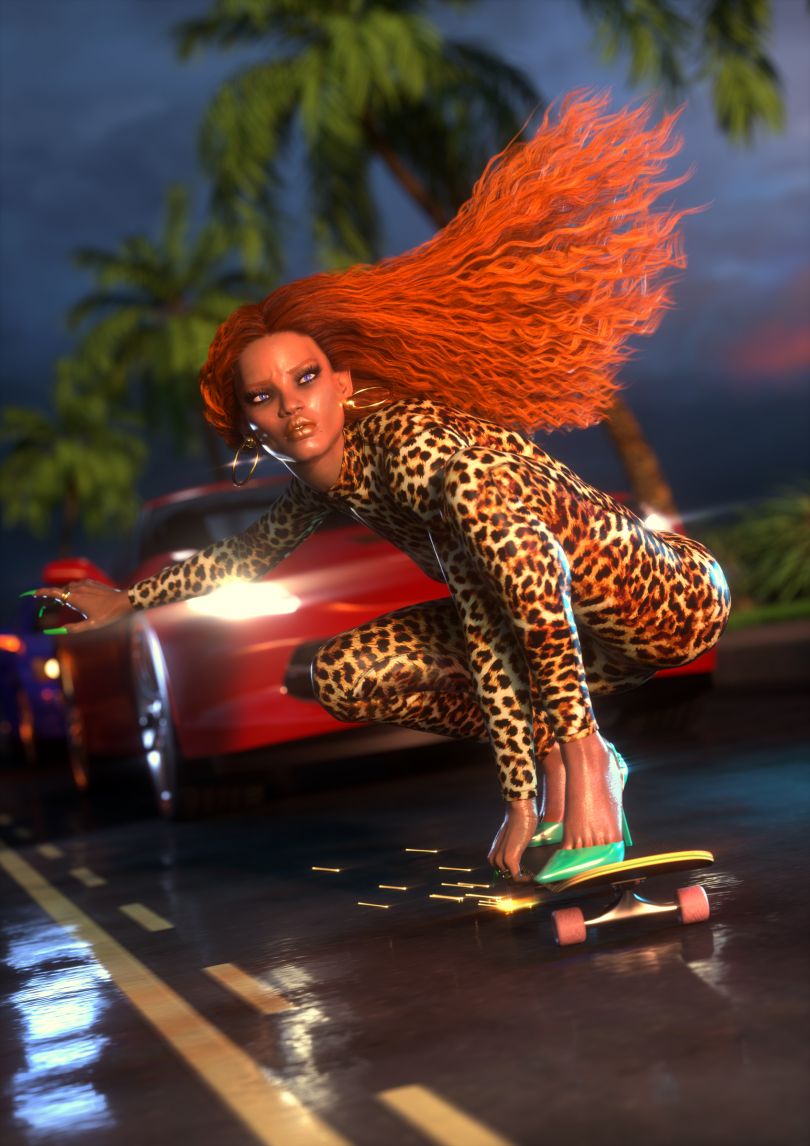 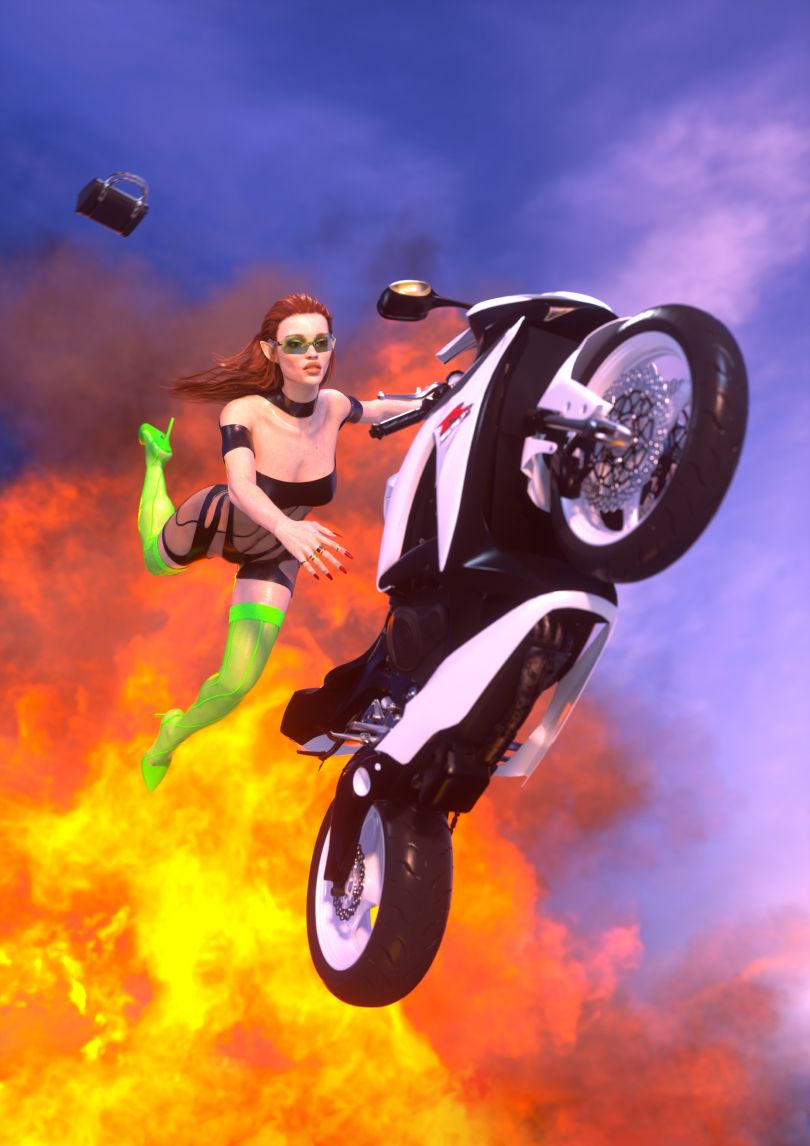 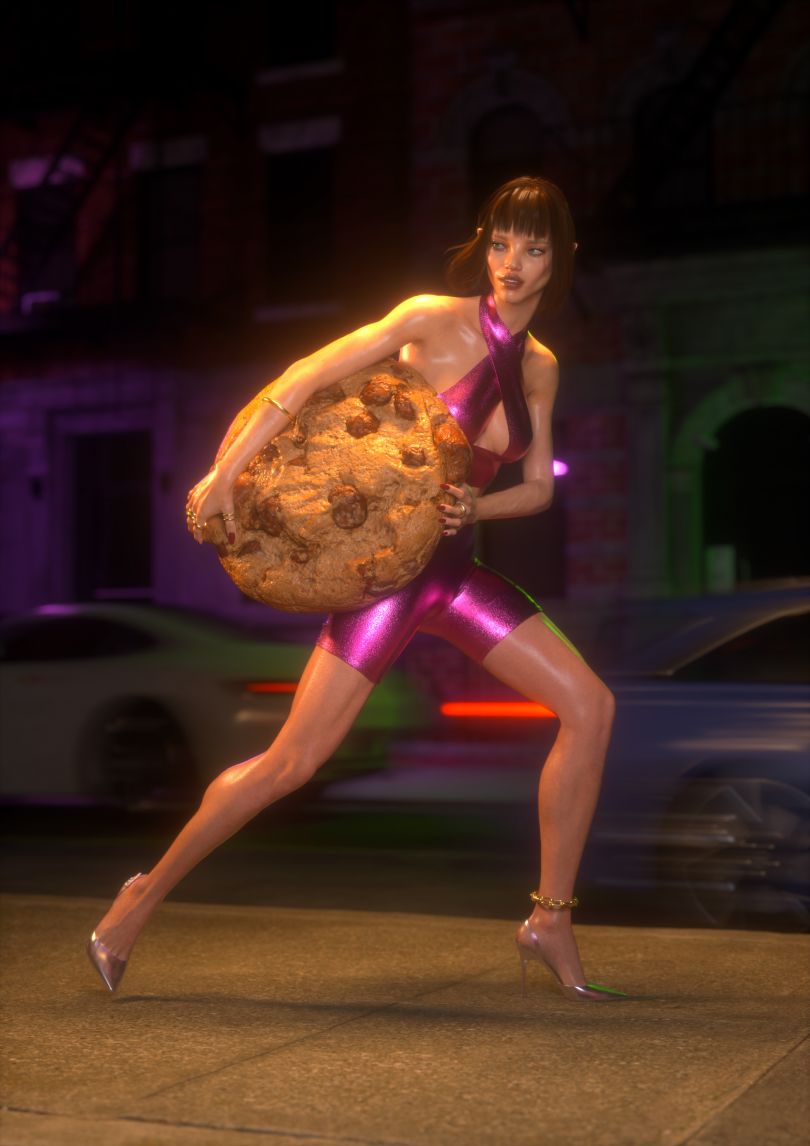 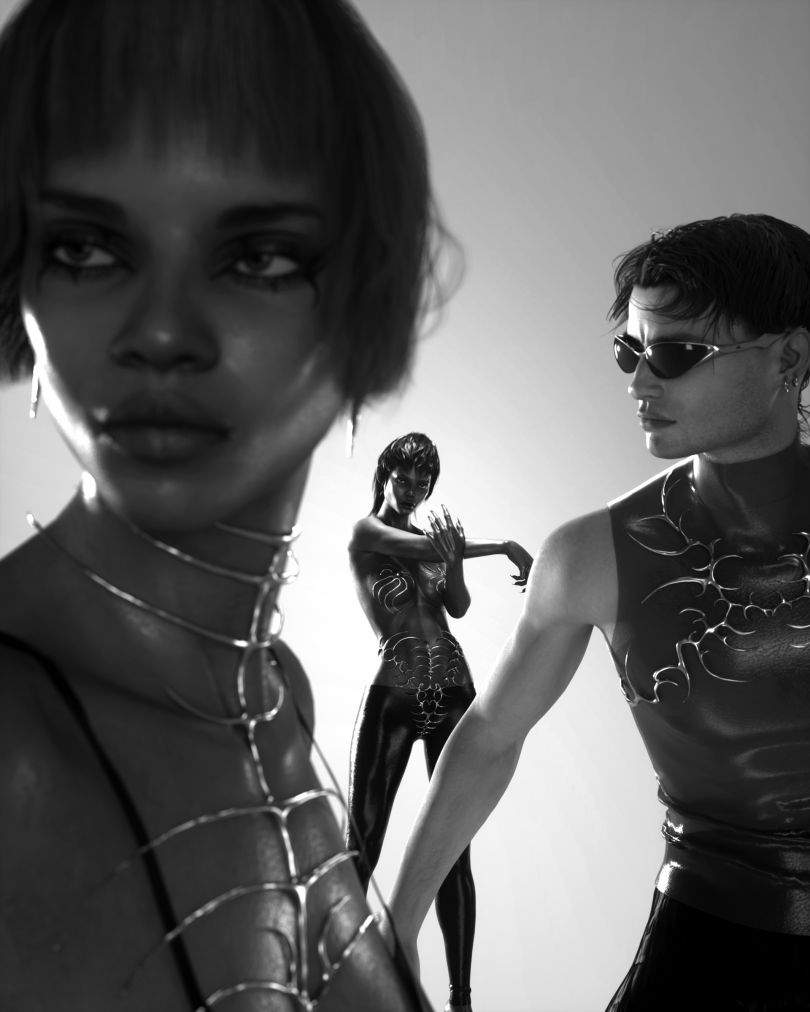